I’ve had a cold for the last few days, so I’ve not been out and about as much as I’d like to have been!  I did get the chance to explore the changes in the back garden today and it’s given me hope to see some new life at the allotment as well!

Above is a glorious image of our cherry tree, blooms opening against a stunning sky backdrop, each year sees more and more blossom on the tree and it’s just so pretty to look at, I can’t help but take pictures!

We do also have a few of the early peas poking their noses out of the ground now, so it won’t be long before we’ll be out training them daily to make sure they get good supported growth!

Excitingly there is new growth on one of the rescued rose bushes, so all is not lost!  I don’t expect to see any flowers this year, but I’m just happy if it spends it’s energy re-establishing it’s roots. 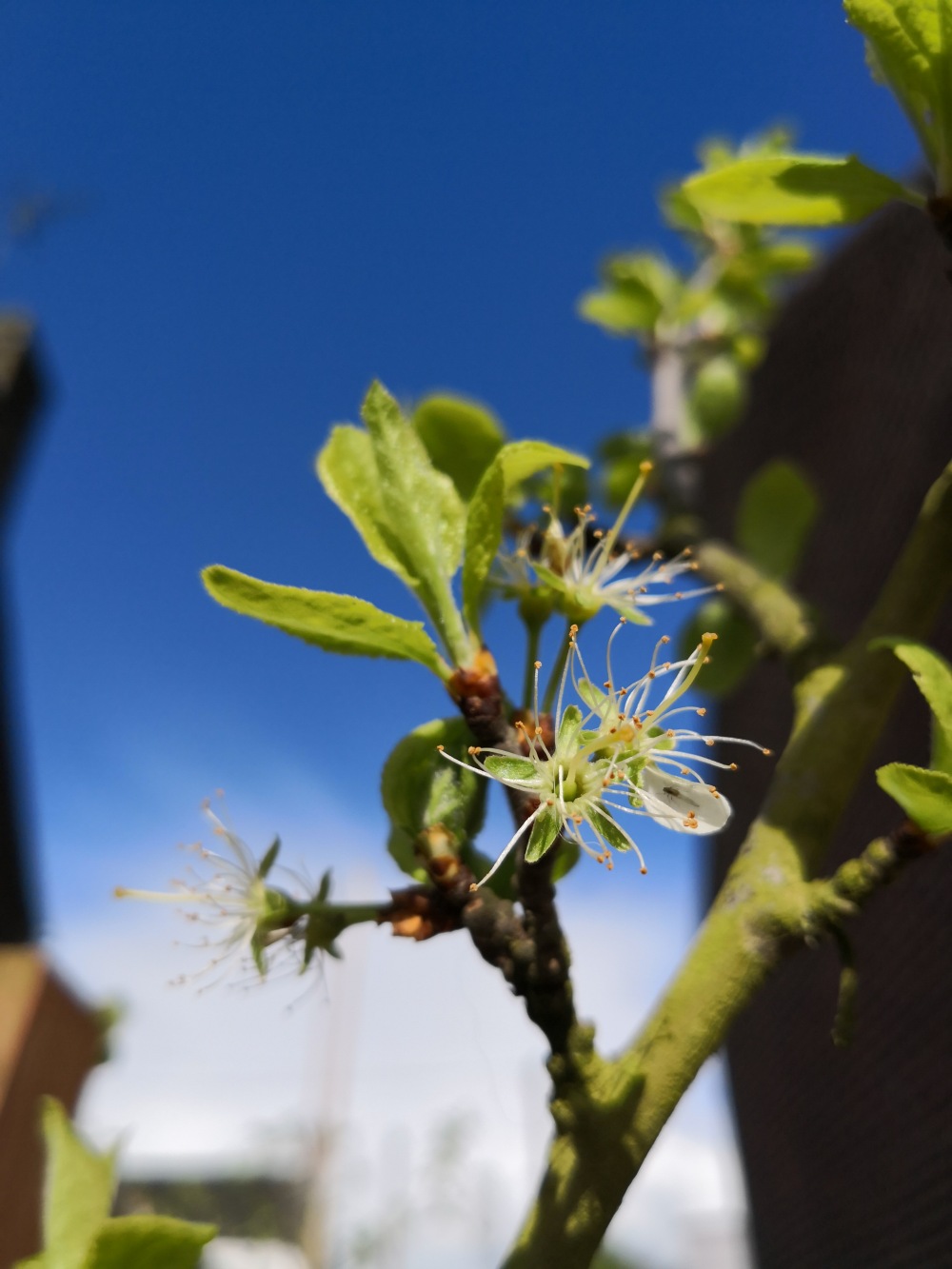 The poor greengage tree has lost pretty much all it’s petals now and as I’ve not been able to get outside much to observe, I don’t know if this is because the flowers’ work has been done and I’ve got some greengages on the way, or if the delicate flowers have not coped in the rather changeable weather of late.

The Cox’s Pippin apple tree is getting ready to show it’s flowers though, so I will still have some beautiful pictures to capture over the next few weeks!  It’s an exciting time to be out having a look at the wonder of it all!

We both hope you are able to enjoy your springtime too!